Uncommon Courses is an occasional series from The Conversation U.S. highlighting unconventional approaches to teaching.

“Space Exploration: Toward a Spacefaring Society”

What prompted the idea for the course?

The idea came from a desire to share my own space research with my students. About a decade ago, I decided to apply my knowledge as a political scientist to examine how people’s interest in space – and preferences for government funding of space exploration – were influenced by their religious belonging, beliefs and behaviors. I worked on this project on and off alongside my work on other topics but ultimately found the motivation to finish writing my first space article after leaving a November 2014 screening of the film “Interstellar.”

My article on the “separation of church and space” got way more attention outside academia than all my other work combined. Since then, I’ve pursued more space-oriented work on evangelical support for space exploration during the Trump administration and the effects of race on attitudes toward space exploration, and space policy education. When I was given the opportunity to design and teach a special-topics course about society and space, I jumped at the chance.

What does the course explore?

This course equips students, mostly engineering and business majors, to see space exploration not only as rocket science, but also as a topic for social science. We look at humanity’s space activities from the standpoint of politics, economics and sociology. There are actually recognized subfields called astropolitics, the economics of space and astrosociology.

The class does a group project on how humanity should respond to the discovery of extraterrestrial life, microbial or intelligent. But we also examine many different day-to-day issues. These include how NASA funding is just “half a penny” – as the space agency says – of every U.S. tax dollar; and how leftover space junk will increasingly threaten humanity’s ability to launch rockets into orbit. Another topic we examine is how U.S. Space Force recruitment videos allude to ideas of “religious destiny” as new recruits are asked to ponder their ultimate purpose.

Nearly all topics and readings are multidisciplinary. For instance, our study of how different nations cooperate or compete in outer space is informed by international relations, game theory and cross-cultural management.

Why is this course relevant now?

After the U.S. last left the Moon in December 1972, humanity has spent a half-century of manned exploration not far from Earth. But governments and industry partners are dreaming anew about long-term settlement of the Moon and Mars - as demonstrated by NASA’s successful launch of Artemis I. Private companies are deploying reusable rockets, transporting astronauts to the International Space Station and taking private tourists to outer space. For humanity to become a truly interplanetary species, space education must go beyond the technical elements of how to get there. It should also take into account the social, legal and ethical concerns that will arise once we arrive.

What’s a critical lesson from the course?

Authors Giancarlo Genta and Michael Rycroft capture what I spend the whole semester arguing. They claim that the current generation can begin to “take its first faltering steps on the path towards a spacefaring civilization.” But ultimately, they say, “the outcome will depend on social, political and economic issues rather than technological and scientific ones.” Humanity can develop the technologies for deep space exploration, but it will take political will and economic sense to make it happen.

“Humanity can develop the technologies for deep space exploration, but it will take political will and economic sense to make it happen.”

What materials does the course feature?

• Neil deGrasse Tyson’s “Space Chronicles: Facing the Ultimate Frontier,” which lays out a clear explanation of our past in space and a vision for our future.

• The “50 Years of Spaceflight” timeline on Space.com, which provides a quick overview of space history.

• Selections from “Astrobiology, History, and Society: Life Beyond Earth and the Impact of Discovery” edited by Douglas Vakoch, a volume that explores how the discovery of extraterrestrial life would affect humanity.

• The 1997 film “Contact” and the 2016 film “Arrival,” which both deal with international tensions at the point of extraterrestrial contact.

What will the course prepare students to do?

Carl Starr, operations manager of the James Webb Space Telescope, noted during a recent lecture that college graduates may have technical skills related to space, but might not know much about space history and politics. Starr also complained that recent graduates have trouble communicating effectively and efficiently. This course seeks to fill both voids. 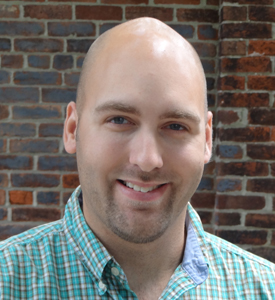 Joshua D. Ambrosius is associate professor of political science at the University of Dayton.