The Research Brief is a short take about interesting academic work.

Asking customers to support a cause when they pay for stuff can heighten their anxiety. Contrary to the common belief that shoppers feel good about making donations at checkout, we have found that there is a downside to such charity campaigns.

For our study, co-authored with Alex Zablah, we researched how customers respond to donation requests made by cashiers or automated checkout kiosks.

We interviewed 60 shoppers, asking them to describe what they felt when they were asked to donate while ringing up their purchases at a variety of retailers based on their recollections of that interaction. About 40% of the words that these customers used expressed negative feelings associated with anxiety such as “pressured,” “annoyed” and “concerned about being judged.” Another 7% of the words conveyed other negative sentiments, including “guilty” or “bad.” The rest were neutral, such as “indifferent.”

Only about 20% of the words participants in these interviews used to describe their feelings were positive, such as “nice” or “compassionate.”

We also conducted a series of online experiments, in which a total of 970 people took part.

All of them were prompted to imagine that they were making a purchase, either at a fast-food drive-through or a grocery store. Half were also instructed to picture being asked to donate to a charity during checkout. The results were consistent with our findings from the interviews. Participants in the groups involving a charitable solicitation experienced more anxiety than those who only had to focus on making a purchase.

Participants in the groups involving a charitable solicitation experienced more anxiety than those who only had to focus on making a purchase.

We also found evidence that this anxiety can be relieved when customers agree to donate, but only when the solicitation comes from a cashier, as opposed to an automated request made by a computer or self-service checkout machine.

U.S. checkout charity campaigns raised US$605 million for assorted causes in 2020, with many donations totaling just a few cents.

Businesses that hold checkout charity campaigns collect their customers’ donations. They do not receive direct financial benefits, such as tax deductions, for raising money for local food banks or other causes.

Retailers and restaurants may expect customers to see them in a more positive light because of their engagement in charitable activity, and there’s been some evidence to that effect.

But our study indicates that for many shoppers the results could be the opposite. For that reason, retailers and restaurants may want to weigh the risks before deciding to participate in these campaigns.

In particular, they may want to avoid asking shoppers to take part in checkout charity campaigns at self-checkout kiosks – where machines make the ask, instead of human beings.

What is not known

We didn’t look into why checkout charity might undercut a retailer’s popularity. It’s possible that asking shoppers to donate in front of others makes them feel pressured. Or perhaps they may simply not want to chip in and feel annoyed when the cashier asks them.

We also did not assess whether customers know that businesses are not allowed to claim dollars donated by their customers as tax deductions. 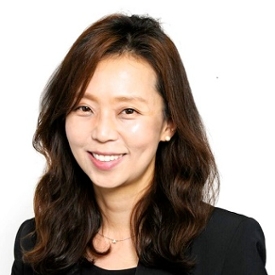