Donor beware: Pause before you give to any cause

Donor beware: Pause before you give to any cause

Sarah Webber, Associate Professor • September 12, 2022
While the overwhelming majority of charities are legitimate, looking into a charity before supporting it can help you avoid supporting scams and make better-informed decisions, writes associate professor Sarah Webber. Read her tips.

The public’s trust in nonprofits declined from 59% in 2020 to 56% in 2022, according to Independent Sector, a coalition of nonprofits, foundations and corporate giving programs that tracks trends in philanthropy.

One likely explanation for this erosion of confidence in organizations that are supposed to do good works: news of nonprofit leaders and fundraisers who improperly pocket funds.

On Sept. 8, 2022, for example, New York state authorities charged former Trump administration aide Steve Bannon and others involved in a group called We Build the Wall with allegedly committing money laundering, fraud and conspiracy for deceiving donors and misusing their funds.

And reports surfaced in August that whistleblowers are accusing a nonprofit based in Oklahoma of allegedly diverting money meant to aid Native American women and lining its leaders’ pockets.

As an expert on nonprofit accounting, I can see why you might be hesitant to donate to charities these days. But I’m confident that taking certain steps before making donations makes it less likely your money will be squandered.

While the overwhelming majority of charities are legitimate, looking into a charity before supporting it can help you avoid supporting scams and make better-informed decisions.

Often you can quickly do this by visiting a watchdog website that assesses nonprofits. Good options include Guidestar, Charity Watch, Charity Navigator and the Better Business Bureau Wise Giving Alliance.

Some of these monitoring organizations assign ratings or grades to nonprofits. Others, such as the Better Business Bureau, report on national nonprofits as well as receive complaints about charities acting inappropriately.

You can review what a charity monitor says about a group you want to support to get a sense of its trustworthiness.

If you search those sites for a nonprofit without finding the group you’re looking for, it can be a red flag. But rather than jumping to the conclusion that it isn’t a legitimate charity, consider a few other factors.

It is possible that the group is too new or too small to be monitored.

For example, Charity Navigator only monitors charities with two or more years of at least $1 million in revenue, that amass public support of at least $500,000 annually and have been operating for a minimum of seven years, among other requirements. But when you can’t find a charity on a watchdog database, I believe it’s worth taking the time required to check it out in other ways.

Charities don’t pay income taxes, but most of them do file annual paperwork, a Form 990 with the Internal Revenue Service, in which they have to disclose financial details and information about their leaders. Often it is easy to find those forms with simple search engines because nonprofits are required to make 990 forms available for public inspection. The 990 form will disclose how much is being spent to fulfill the charitable purpose of the organization.

Before you donate to a small nonprofit or a group in your local community, you can contact the charity directly to ask about fundraising goals and day-to-day operations. You can also ask people you know for information.

Additional efforts may include conducting news searches and reading media coverage in a trusted outlet. Charities that have changed their name or have moved to a new state may warrant particular scrutiny.

One thing to watch out for is organizations with names chosen to deceive donors. These groups have branding that can make you mistakenly believe that you’re giving money to more established and legitimate charities. In some cases, these groups don’t do much of what they claim to do.

It’s also best to avoid donating directly to an individual unless it is someone you know personally and can trust to spend your money wisely.

And you should exercise a great deal of caution if someone asking you to donate to a charity behaves in an aggressive manner and is making you feel pressured into giving cash.

How a nonprofit spends its funds, which is something the charity monitoring groups follow, can offer insight into whether you would like to donate to their cause.

There is debate over how much or what share of its budget a nonprofit should spend on its mission versus fundraising and other kinds of overhead costs. If a nonprofit isn’t devoting most of its funds to advance its mission — such as a homeless shelter’s work with the homeless — it’s probably a reason for concern.

Downsides to donations through new channels

Charitable fundraisers conducted through social media are appealing due to their speed and immediacy. For example, country singer Maren Morris sold T-shirts in early September 2022 that raised over $100,000 in one day to support transgender youth.

But you should resist the urge to respond in an instant when you see an appeal to donate to an urgent cause via any social media platform; first do some independent research of the charity or cause. One strategy is to do a reverse image search because scammers often steal photos from other events and individuals that have emotional appeal.

When disaster strikes, there will, unfortunately, be some unscrupulous people who take advantage of the public’s concerns. This problem isn’t new, but it’s become easier to launch scams due to technology and the spread of information on social media.

For example, when Hurricane Harvey hit Texas, a fraudster illegally obtained local residents’ information and filed for relief with the American Red Cross on their behalf. The problem has grown so pervasive that the Justice Department has established a National Center for Disaster Fraud.

GoFundMe, a popular crowdfunding platform, is a private company and will take a percentage of funds raised. Sometimes the people who set up GoFundMe accounts are surprised to find that the company takes 2.9% of all donations made, plus a 30-cent fee per transaction.

If your goal is to provide maximum funds to someone in need, giving them money directly instead of through GoFundMe or a similar platform would increase the amount they receive from you. Unless the GoFundMe is for a registered charity, there’s no way to get a tax deduction for the donation even if you would otherwise be eligible.

Donors must always be on their toes to avoid charity scams. If you identify a suspicious charity, you should report it to local law enforcement and the FBI. If you have been a victim of a charitable scam, you should also report it to your state consumer office, as well as to the Federal Trade Commission. 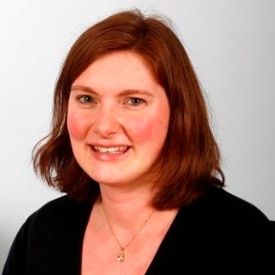 Sarah Webber is an associate professor of accounting at the University of Dayton. Read more from her on The Conversation.

18M US children at risk of hunger