D.B. Cooper, the changing nature of hijackings and the foundation for today’s airport security

D.B. Cooper, the changing nature of hijackings and the foundation for today’s airport security

Though many Americans may associate airport security with 9/11, it was a wave of hijackings in the late 1960s and early 1970s that laid the foundation for today’s airport security protocols.

During that period, a hijacking occurred, on average, once every five days globally. The U.S. dealt with its own spate of mile-high crimes, convincing reluctant government officials and airport executives to adopt the first important airport security protocols.

The subject of a new Netflix docuseries, hijacker D.B. Cooper emerged as something of a folk hero during this era. While other more violent hijackings might have played a bigger role in prompting early airport security measures, it was the saga of Cooper that captured the imagination of the American public – and helped transform the perception of the overall threat hijackings posed to U.S. air travel and national security.

The first airplane hijacking happened in 1931 in Peru. Armed revolutionaries approached the grounded plane of pilot Byron Richards and demanded that he fly them over Lima so they could drop propaganda leaflets. Richards refused, and a 10-day standoff ensued before he was eventually released.

That remained a somewhat isolated incident until the late 1940s and 1950s, when several people hijacked airplanes to escape from Eastern Europe to the West. In the context of the Cold War, Western governments granted these hijackers political asylum. Importantly, none of the airplanes hijacked were flown by U.S. carriers.

Beginning in the early 1960s, however, hijackers began targeting U.S. airlines. Most of these individuals were Cubans living in the U.S. who, for one reason or another, wished to return to their native land and were otherwise blocked due to the U.S. embargo against Cuba.

U.S. officials responded by officially and specifically making hijacking a federal crime. Though the new law didn’t stop hijackings altogether, the crime remained relatively rare. When they did occur, they usually didn’t involve much violence.

Officials wanted to downplay hijackings as much as possible, and the best way to do this was to simply give the hijacker what they wanted to avert the loss of life. Above all, airline executives wanted to avoid deterring people from flying, so they resisted the implementation of anxiety-inducing security protocols.

That changed in 1968. On July 23 of that year, members of the Popular Front for the Liberation of Palestine hijacked an El Al flight from Rome to Tel Aviv. Though that 39-day ordeal ended without any loss of life, it ushered in a new era of more violent – often politically motivated – hijackings of international airlines.

From 1968 to 1974, U.S. airlines experienced 130 hijackings. Many fell into this new category of politically motivated hijackings, including what has become known as the Dawson’s Field hijackings. In September 1970, the Popular Front for the Liberation of Palestine hijacked four aircraft, including three belonging to U.S. carriers, and forced them to land at Dawson’s Field in Libya. No hostage lives were lost, but the hijackers used explosives to destroy all four aircraft.

Additionally, and more worrying to U.S. officials, two different groups of hijackers, one in 1971 and another in 1972, threatened to crash planes into nuclear power plants.

Amid this dramatic rise in the number of hijackings, on Nov. 24, 1971, a man known to the American public as D.B. Cooper boarded a Northwest Orient 727 flight from Portland, Oregon, to Seattle. Shortly after takeoff, he showed a stewardess the contents of his briefcase, which he said was a bomb. He then instructed the stewardess to take a note to the cockpit. In it, he demanded US$200,000 in $20 bills and four parachutes.

Upon arrival in Seattle, Cooper allowed the other passengers to deplane in exchange for the money and the parachutes. Cooper then ordered the pilot to fly to Mexico but low and slowly – no higher than 10,000 feet (3,048 meters) and under 200 knots (230 mph, 370 kph). Somewhere between Seattle and a fuel stop in Reno, Nevada, Cooper and the loot disappeared out the back of the aircraft via the 727’s aft stairwell. No one knows for sure what happened to him, though some of the money was recovered in 1980.

Cooper wasn’t the first person to hijack an American airliner and demand money. That dubious honor belongs to Arthur Barkley. Frustrated with his inability to get government officials to take seriously his dispute with the IRS, on June 4, 1970, Barkley hijacked a TWA aircraft, demanding $100 million and a hearing before the U.S. Supreme Court. Barkley’s efforts failed, and he ended up confined to a mental institution.

The idea that Cooper might have succeeded, however, clearly inspired several imitators. While it remains uncertain whether Cooper lived to enjoy the fruits of his escapade, none of his imitators did. They included Richard McCoy, Jr., Martin J. McNally and Frederick Hahneman, all of whom successfully parachuted out of the aircraft once they received their ransom payments, only to be eventually caught and punished.

In response to the spate of more violent and costly hijackings, the U.S. government established the first anti-hijacking security protocols. Most of them aimed to prevent hijackers from getting on aircraft in the first place. The measures included a hijacker profile, metal detectors and X-ray machines. Specific to Cooper, airlines retrofitted aircraft with a devise known as a Cooper vane that made it impossible to open aft stairwells during flight.

The protocols put in place in the 1970s also laid the foundation for the expansive security measures taken after 9/11. A series of court cases upheld the constitutionality of these early measures. For example, United States v. Lopez, decided in 1971, upheld the use of the hijacker profile.

More importantly, in United States v. Epperson, a federal court ruled in 1972 that the government’s interest in preventing hijackings justified the requirement for passengers to pass through a magnetometer at the airport. And in 1973, the Ninth Circuit Court, in United States v. Davis, declared that the government’s need to protect passengers from hijackings rendered all searches of passengers for weapons and explosives as reasonable and legal.

The mystery surrounding the fate of Cooper may have afforded him an outsized place in American popular culture, but his crime should also be remembered as one in a consequential wave of hijackings that finally forced the U.S. government, airline executives and airport officials to adopt the first versions of the security measures travelers take for granted today. 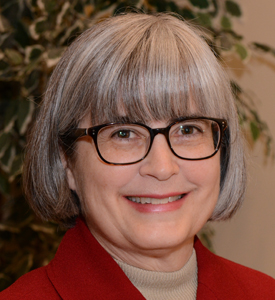 Janet Bednarek is a professor of history at the University of Dayton.